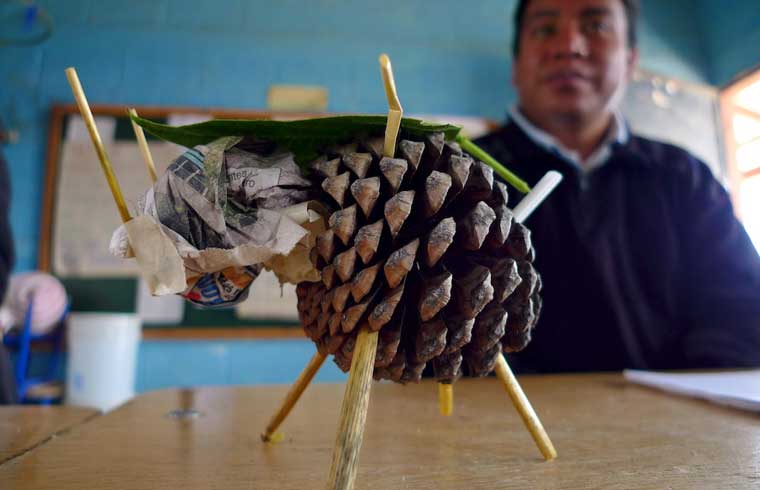 In order to better understand how creativity is imagined today, it can be helpful to explore memes regarding creativity from the past. Ancient cultures often imagined creativity to be related to the divine. Humanity has the capacity to cross the threshold between waking and dream, and when people access their creative states, they are bridging the two parallel universes. Greeks famously relied upon muses: personified beings who came and went as they pleased, bringing inspiration with them, and leaving writer's block behind when they disappeared. During much of written history creativity has been assumed to be the birthright of some few people, whether through nature, nurture, or divine providence. This way of thinking holds up genius as an ideal, and develops tests that measure a person's potential to achieve greatness. When used to single out children from a young age it encourages division and undermines the intrinsic self-worth of those deemed unworthy of special treatment. This is commonly referred to as the "first generation" of creativity. In the middle of the 20th century the "second generation" emerges, seeing creativity as something innately human that can be studied, described, and fostered within all human beings. Likewise revolutionary was its separation from intelligence: IQ tests do not predict creativity. Early pioneers J.P. Guilford and Paul Torrance defined aspects of creative thinking and a widely used test to measure them. From this moment on there has been much scholarship and experimentation seeking to better understand creativity, and how to identify people who have better access to it. The most popular fruit of this period is brainstorming, coined by Alex Osborn. This rudimentary technique remains widely used, yet much more relevant is his later work with Sidney Parnes that develops integrative thinking processes and a method for Creative Problem Solving. Other pragmatic models for creative problem solving include Edward de Bono's lateral thinking tools and the use of synectics by George Prince. The "third generation" rejects the notion that creativity is a strike of serendipity or a hard-fought and statistically measurable intellectual process. These theories open up our understanding about the uniquely personal aspect of creativity, and our conception of how we can be all be creative in non-economic or traditionally productive contexts. To be creative requires expressing a constructive attitude: essentially our ability to be ourselves in the world. By the end of the 20th century, as social consciousness grew so too did our ideas about how creativity should be manifested. This "fourth generation" of creativity researchers and facilitators such as Mihalyi Czikszentmihaly began to focus less on the exact nature of creativity and more on how to promote it in groups, communities, and societies. The basis of this work is developing respectful relationships with oneself and others. Current focus seeks to coordinate between public, private, community, and education sectors so that we can move toward achieving sustainable lifestyles. Though it can be inspired and expressed in infinite ways, we believe that creativity must produce fruitful labor through actions that transform reality.